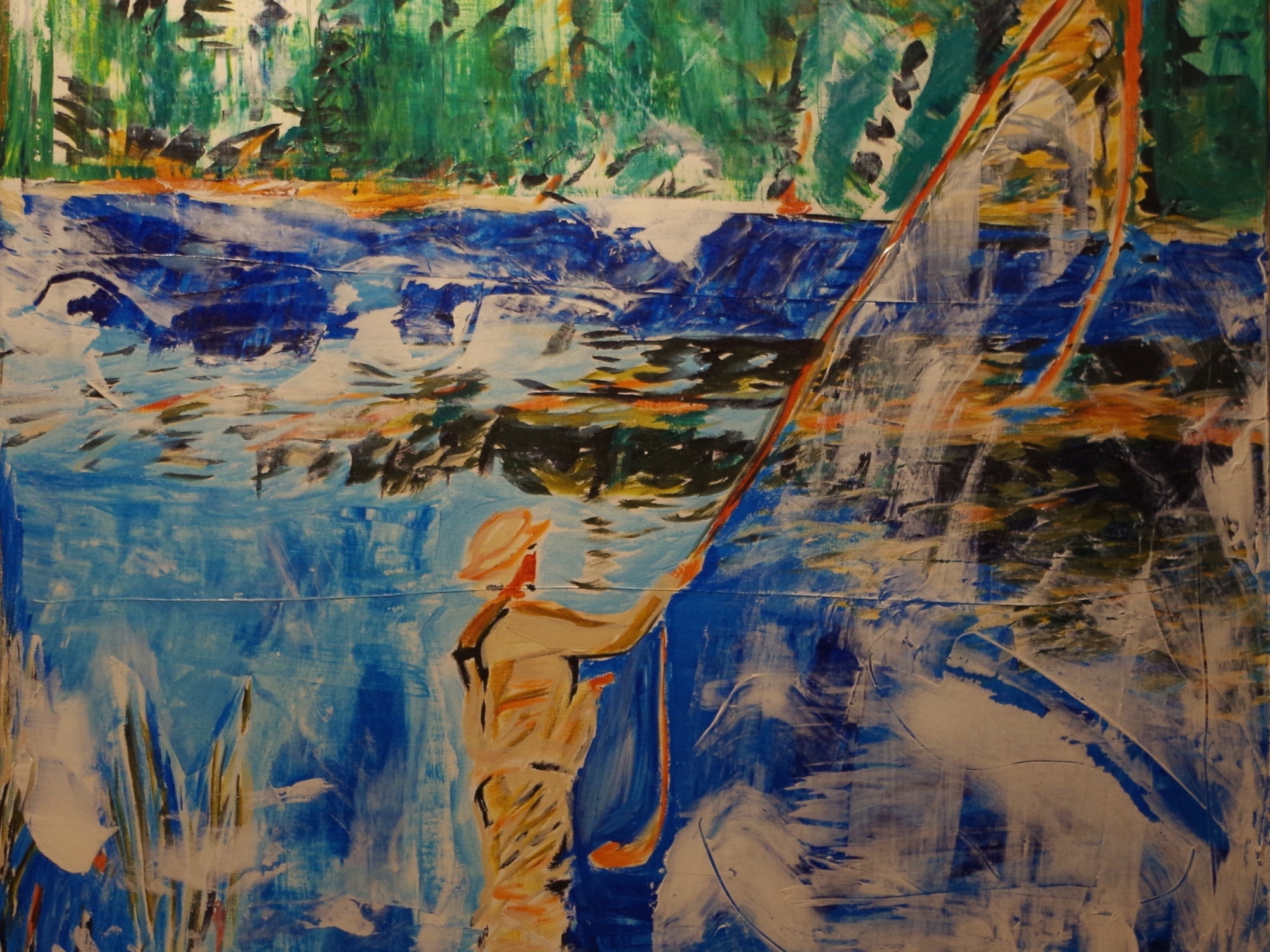 February started with a project for my honey’s birthday. When I began I showed him the first version and he was happy with it. Then I showed him the developing version and he was happier with the first version. Ok… but that version is lost within the development. I was trying to respond to his preferences but it wasn’t working out too good but it was an exercise for me. I also have my first commission but that is another part to this post for later on.  Back to my honey, the focus was on fly fishing. I love the big swoop of the rod and the line. The figure of the standing person linked in line to dance on the surface of the water with rod and line extending their form. It is quite poetic in flow and space. I have three paintings, two are paired. and then I went to Metal!! 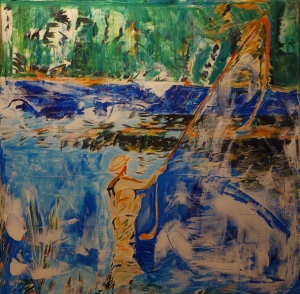 The above two paintings are meant to be ontop of each other. The line of the swoop from the fly fishing line is represented through both. I think i have some of the colour and motion from the water and fish. This second painting I started after my honey asked why I was even asking for his input in the process. He mentioned that it seemed to be a hurdle in the flow. Then i went back to a blank canvass with a freedom of not having to contort to another’s opinion. It was still worth it though. I like the first painting, Lockline. It is my appositionally defiant part of my personality that takes over I can use it in the process.

This is a steel wheel, 6 ‘ by 4’ ish. I have a ploughshare incorporated in it with chain. Did some braising on the internal wire. Honey liked this one in it’s completed form. Happy Birthday babe 🙂 It was great fun making it. 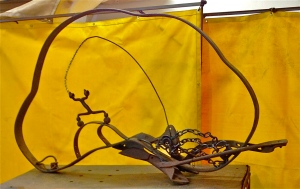 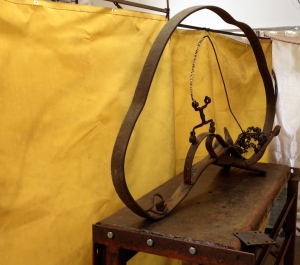 Now onto the commission. I attempted to gain some insight into what my musical friend liked but he graciously referred back to me and not wanting to impede the creative process. How kind. The next two paintings are a response to a focus on my friend and his love in music. Plus listening to ZapMamma. 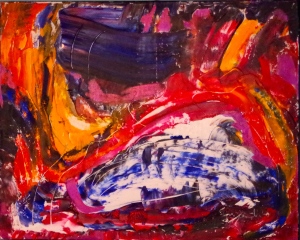 The colours are so bold, not a normal choice for me at all. Have to see what he thinks when he sees them in person. My photo’s still suck.

The paintings below are reworks of existing ones. If its in the house it is free game for morphing be it positive or negative to the end piece. 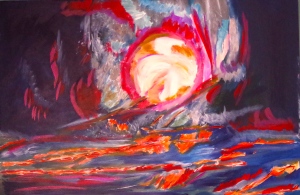 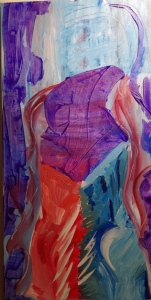 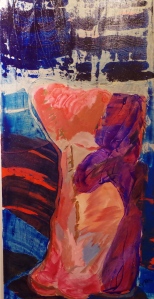 Well, that has been my last couple of months in art. Work seems to get in the way. April will have some open spaces in my work schedule and I am so looking forward to being in the garage for days at a time!! Plus I will be buying more canvasses and paint. Life is wonderful. Thanks for reading and tolerating the poor photos.

Hope For the Infinitely Curious , the Jack of all Trades, & the Multipotentialite

Inspirational Quotes To Motivate Your Life

Your Brain is a Radio that Does What its Told

"Diving into a writers soul is discovering the broken treasure and beautiful mysteries that make you gasp for air."